Sweet and Simple: How Oatly Stole the Super Bowl, and Our Hearts 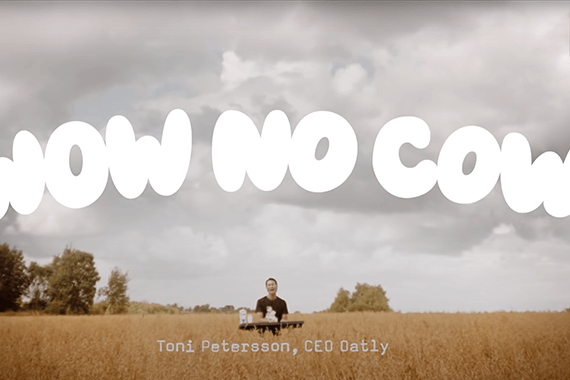 Related note: It’s no secret that quarterback is plant-based. Score one for the Leaf Eaters.

But one first that may have escaped the attention of many viewers, in our minds, won the Super Bowl. And that is this ad by non-dairy milk alternative only.

For our money, though, there was another winner last night who absolutely stole the show: Oatly, and their CEO Toni Peterson.

As the camera panned in on the sunlight field of grain, and Peterson emerged with keyboard, the living room hushed. No one was sure what to expect.

The living room hushed as the camera panned in on the wide-open field. Tension mounted as a smiling man—revealed later to be Peterson himself—began joyfully playing a jingle that can only be described as the random musing of a happily stoned neighbor…

Another Budweiser commercial? we thought. Or what is this yet another ad by Jeep, urging us all to unite under our love for freedom (and, oddly, all things flannel and outdoorsy).

Nope. It was way better than that.

Peterson began to sing a simple and sweet melody, revealing the voice of an angel:

Then, the tag line hit:

We smiled. We laughed. But most of all, we understood. The messages so simple, it’s only fitting to have the CEO singing it, exuberantly, in the middle of the woods.

Get lost with us.

Sign up for the Wednesday Wander Newsletter. This once-every-sometimes newsletter features our newest travel guides, videos, and exclusive deals from our ethical partners—all free.